It’s finally here! Part two of Rhode Island and actually the final part. I thought I had more pictures that I liked. Newport is a beautiful city and I would go back anytime. Maybe stay somewhere different though, our hotel had a weird smell. A lot of these pictures were taken on the cliff walk, highly suggested if you’re ever in the area. 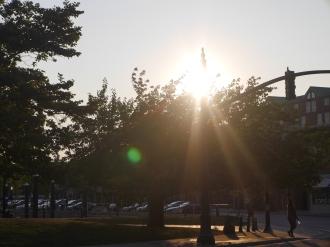 I’m convinced all of New England just has adorable little roads like this.

It’s MY street, who’s jealous? All of you I’m sure.

I’ve been obsessed with boats recently and all I wanted to do was stare at sail boats for hours. 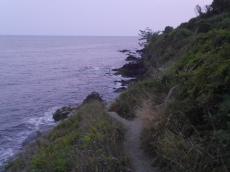 A cute little path that’s probably really dangerous since it’s on a cliff and there are rocks everywhere.

So that’s it for posts of my little vacation this year. Leave me suggestions for day trips you think I could take, I live in Lancaster PA and I go to school in northern Maryland. I already have a little hiking trip planned most likely. I never make promises though. Ideas in the comments though please! Also if you’ve ever been to Newport, what was your favorite place?