So it’s been over a month since my family vacation now and I still haven’t finished my adventure posts. So far I did one on Animal Kingdom and the Lodge. I just haven’t had the motivation to edit my pictures. I really just need to sit down and do them all. I have however, finished a bunch of pictures from Harry Potter World, which was awesome. 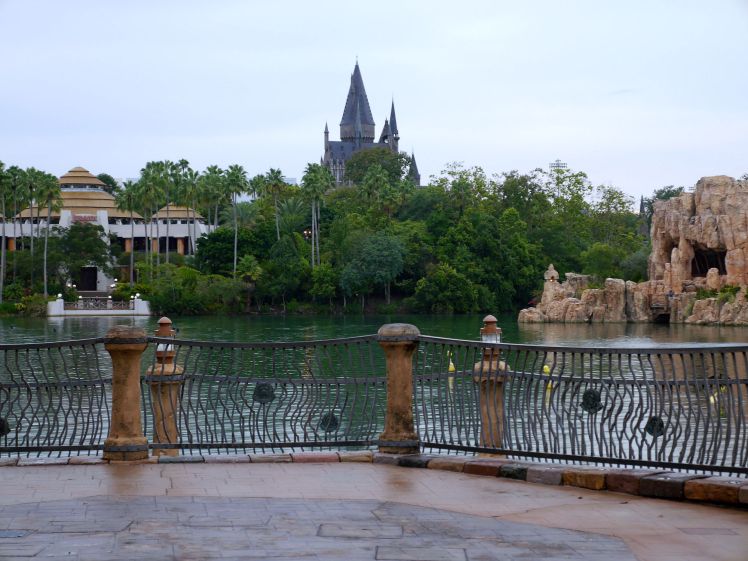 This is a really cool view (in my opinion) of Hogwarts Castle. It is among a bunch of other attractions but I like how it’s right and the middle and really stands out. 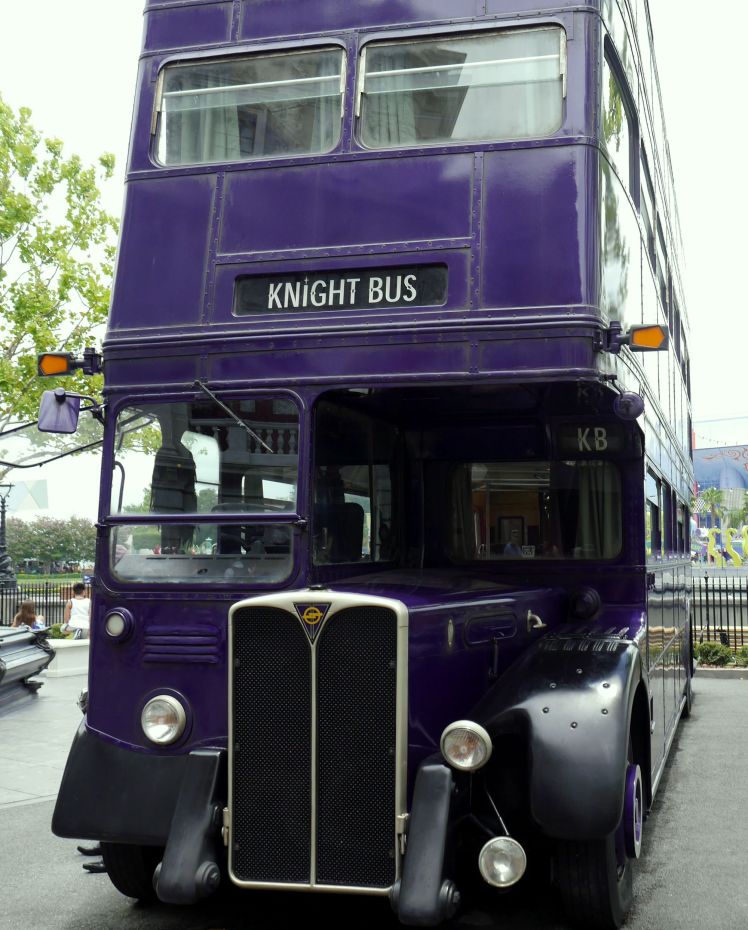 This is the Knight Bus, and it was very realistic. However, it was a pain to get a picture of because there was an official line of people constantly waiting to get a picture with it instead of of it.

This is really cool. This is 12 Grimmauld Place and every few minute Kreacher peaks out of the window which I find very in character and a great touch for the park.

This is the side of Weasleys’ Wizard Wheezes building which I just thought was super cool and fitting. Everything was made with such details it was amazing. 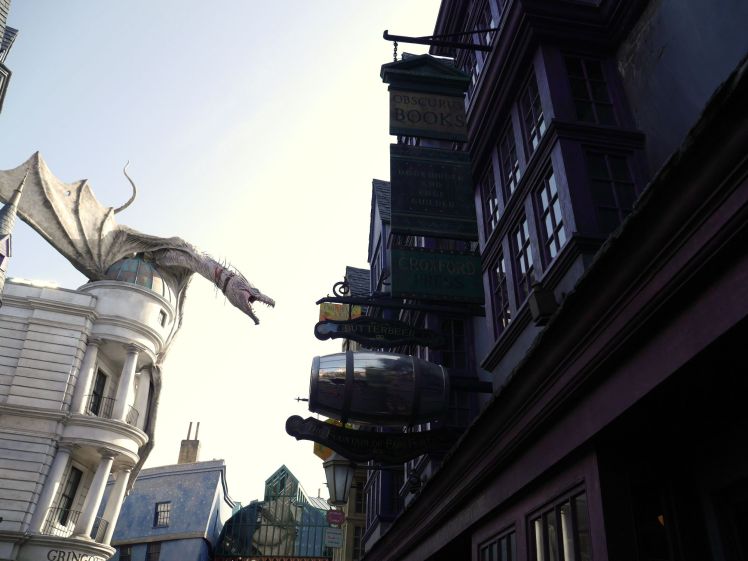 This is the Gringotts Dragon that breathes fire. You can also see the Butterbeer store as well as the book store.

Here’s a picture that focuses more on the signs rather than the dragon.

Here is a better picture of the dragon, and Gringotts.

Knockturn Alley. It’s air conditioned to feel cold like you would expect Knockturn Alley to feel like. It was creepy, there was Bellatrix Lestrange wanted posters that actually moved. It was so cool. The pictures were hard to get though because it was dark like it should be. 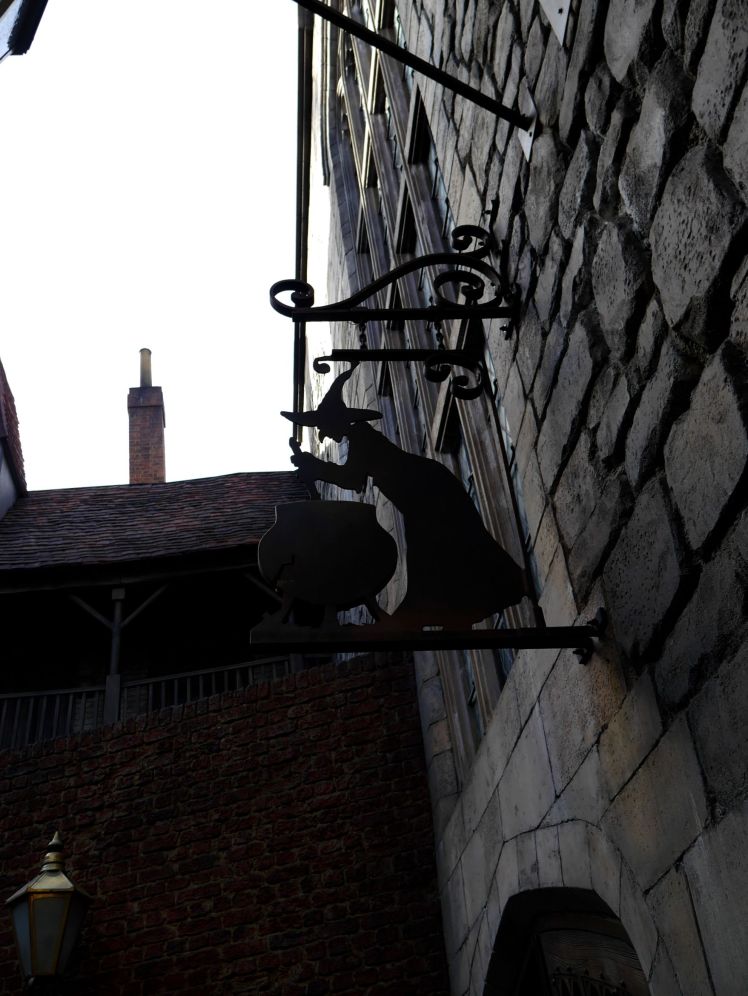 This is the Leaky Cauldron, which we actually got to eat at and it was super cool. We had Wizard  sodas and some different foods.

Harry Potter World is super cool. If you get the opportunity GO. It’s amazing.  I will be uploading more pictures of my Flickr once all of my vacation pictures are edited (hopefully within the next week or two).