It’s that time of year again. The time when I reflect back on my year, 2014 was a reflection, but I prefer the Year in Review of 2013, so that’s the title of this one. All in all, 2015 was a strange year, a good year, but a strange one. Looking back at it, it’s like I lived this life that wasn’t mine, I don’t know if that makes sense. For the most part my anxiety has greatly subsided and only surfaces at the most inconvenient of times, like parking lots, highways, riding bicycles through London, and when I have too much stuff to be done. My blogging hit a creative roadblock for a while and that was really hard for me to deal with, I just wanted to create great things and I couldn’t. Recently, I’ve been feeling better about that though and that helps a lot. 2015 brought the biggest adventure of my life yet, I lived in another country for three months, and that was probably the coolest thing I’ve ever done. If I had to describe 2015 in a phrase it would be: unexpectedly expected.

In January it seemed as if I was going through some self-evaluating. I had almost all classes for my major and minor and it lead to some major self reflection and evaluating. This was the semester that I went back to school and I felt content for the first time about that. Before there was always that bit of dread, but not that semester. Molly, Eric, Logan, and I all went on a little day trip to a bookstore in Harrisburg and to Chocolate World.

February is when the not blogging every day kicked in and I started to slack. I celebrated being single with two Galentines days I think I failed the 3-5 days a week. In order to try and combat this I started the 30 Day Blog Challenge. This is also when my blogging rut began. There were highs and lows of it throughout the year. However, because blogging had hit a rut, I was enjoying my life. This is also the last month that I would go home for the job that I hated so much. 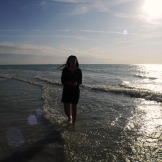 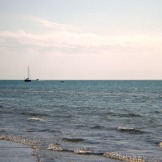 At school March means spring break, which usually means a week of working, for me, it meant quitting my job. I had never quit a job before so it was this huge step for me in my life. I was kind of afraid, but also so glad that I did. I quit in order to go Florida with my friends for spring break, which was a great decision if you ask me. This was also the month where I honestly almost stopped blogging if I’m being honest. I hit a rut, I didn’t always enjoy blogging, I stopped doing the 30 Day Blog Challenge, I was at the peak of my creative roadblock. March was a month of highs and lows.  However, by the end of the month I felt that I was slowly climbing out of my rut and onto better. This was also the month I found out that I had been accepted to go to Dublin for the semester, it was official that I would be studying abroad in the fall.

To be honest. I don’t remember anything about April.  April is a weird month where nothing really happens. We had May Madness at my school and it was like 45 degrees outside. I don’t know why we had May Madness in April, I think it had something to do with finals week. Other than that, I feel like April is such a filler month. It’s project after project and paper after paper, other than that there’s not much to it. 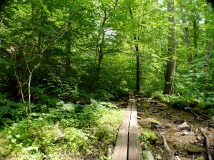 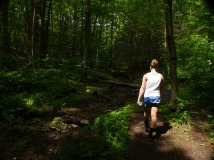 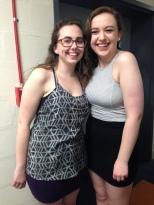 May means the end of school. This year, I went home without a job and with fewer friends waiting for me than I was leaving, and it just felt weird. Normally I go home to a routine and this time I was going home to job application after job application. All of this time was good for me to start to get ready for studying abroad. I went on some hikes and just took some time for myself. At the end of the month, I was back working at my new job that I love.

I started LNBM in June which is the best and worst thing I’ve ever done for this blog. While it greatly feeds my laziness in the blogging department, it always seems to decently well with readers. I also continued my visits to Frederick to see Logan, Molly, and Eric. They also came to PA a few times, it was easier for me to go there just with schedules and everything. June was another month of severe bloggers block. However, this was the first time I didn’t keep it a secret. I was open and straight forward about it, which I think made it easier to write. 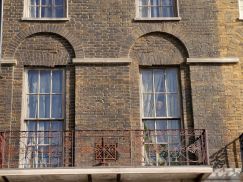 In July I went back to Florida, this time with my family. I got to accomplish a life dream, to stay at the Animal Kingdom Lodge and see the giraffes from my hotel window. I also got to experience the magic of the updated Harry Potter World, which was absolutely amazing. The bloggers block start to wear off a little bit and I felt like I was doing good in the blog world.  I always start to get a little restless in July. I’m ready for a set schedule and this summer I just never really got that. I like structure, and there was not a lot of structure in my life this past summer, which was probably a good experience. 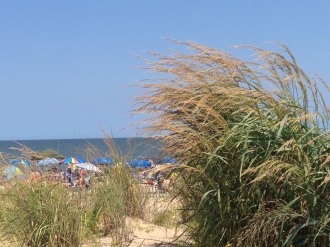 August was a month of restlessness. I felt stagnate.  Everyone was getting ready to back to college and I was just waiting. Do you know that night before you leave before you go on vacation? That’s how August was for me. To me the world was paused, crawling until I made it until September when I could finally go to Dublin for the semester. I did go on my first solo trip to the beach which was the type of relaxation I really needed. I don’t like to wish away time, but at the time I was just wishing that August would just hurry up already. I celebrated my 21st birthday and going away with family and friends.  My friends slowly started returning to college and I continued to work, just waiting for the day that it was my turn to leave. 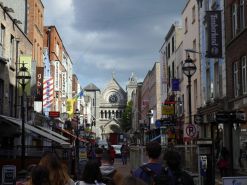 September started with two visits to Hood. I finished working, went down for Eric’s birthday and then the next day I was off for Dublin. This was the start of my greatest adventure. This was the part of the year that I was looking forward to the most. After all of the paperwork errors and thoughts crossing my mind that I would never be able to actually go, it was time for me to go. I left on September 13 and got to Dublin on the 14. Right away we had walking tours, bus tours, and just sightseeing things. I had my 21st birthday in a different country where it doesn’t really matter because the drinking age is 18 there, but still I turned 21, that’s a big birthday, or so they say. I visited the Cliffs of Moher and just explored Dublin.

October was when life started to get crazy. I went to Howth which is a small little suburb type place of Dublin. I went to Paris to meet up with my dad who was on business, how many 21 year-olds can say that? Then I went to Galway, another little seaside town for a night with my friends. I ended in October in London, England. That’s just absolutely crazy. I did so much in one month. 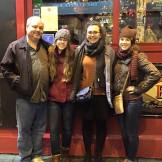 I feel like November was yesterday, it went by literally in the blink of an eye. I went to London (again) and Brighton. I also went to Madrid and Sevilla. I was away from Dublin for a whole week and then I made the decision to not travel again while I was away and enjoy my last four weeks in Dublin. This is the first time any of my pictures from Sevilla are being posted, the adventure post will come soon. My family came for Thanksgiving and I got to enjoy more time with them which was great. When I said at the beginning that looking back on this year it’s like looking at someone else’s memories, that’s what November is for me, it’s so surreal that it seems like someone else’s life.

December brought an end to my biggest adventure. I spent my last two and a half weeks in Dublin with final assignments and seeing as much of the city as possible, going to all of my favorite places and just taking everything in before I left. Then I headed home. It’s still weird being home. It’s been about two and a half weeks now and it’s still just weird. I’m not used to it yet. I’ve been trying to see all of my home friends and family before I head back to school in a little over a week. I went to Frederick for an interview

All in all, 2015 was great. It was just a whirlwind of a year. It was a year of new friends, new people, new experiences, and new places. The last fourth of 2015 could be described as the year of new, and I want to keep that going. 2015 was great, but I’m ready for some more change. I don’t like change, but I don’t know, I feel like 2016 is the year of change. Resolutions to come tomorrow!